Is Internet Access a Human Right? No, But It Should Be

The pandemic highlighted the fact that the world we live in is nothing but equal. The next battleground for equality is digital, and I'm jumping straight into it. However, I'm not about to destroy the career of another zealot with strategically-placed Twitter zingers. I have a bigger fish to fry. It's time for a bigger fight – the fight for equal broadband access.

To be super basic, the Internet should stop being a commodity. It's time to turn it into a right. I will lay out my case in the paragraphs to follow. So, buckle up because you will be bombarded with evidence.

Let's Fight for the Internet as a Human Right

Being a frequent library visitor, I am used to witnessing people who are just there to ride on free Wi-Fi access. These days, even stranger things occur. According to Emily Stewart, Vox reporter, people gather behind the shut doors of public libraries and "sit there for hours trying to do work." This, my dear readers, are the real-life consequences of digital inequality. Nowhere is a divide more evident than in rural areas, where many folks cannot afford broadband access. And the dichotomy of the digital divide comes to the forefront during back-to-school days.

We should fight for the Internet as a human right because there's more at stake than just connectivity opportunities. Mark Lieberman reports in an article for EdWeek that almost 30 percent of Black and 26 percent of Hispanic households do not have access to the broadband Internet. Given that virtual learning revolves around Internet connectivity, it is clear that low-income households don't stand a chance in the educational game. If you ask me, it's a particularly unnerving prospect in the era of ever-increasing income inequality when only a few can afford a cheap paper writer. If the issue gets exacerbated by the lack of educational opportunities caused by nonexistent home Internet access, we will witness unprecedented social upheaval and disruption. It's exasperating to watch our country move in that direction.

Moving in the Right Direction

The idea that Internet access should be free is not new by any measure. Journalists and bloggers like me have been writing about it for at least a decade. What's more, there are even policies meant to increase people's access to the Web. Brian Whitacre from Oklahoma State University and Roberto Gallardo from Purdue University report that as many as 25 states started working with providers to get more residents connected to the Internet in 2018. Furthermore, 18 states have subsidized the development of rural networks. These policies have had a beneficial impact on the low-density counties as the rural areas impacted by the initiatives have witnessed a 47% increase in connectivity. However, even though the policies are in place, access to faster fiber remains at a pitiful 23%.

While there is clear progress, there are still plenty of obstacles to overcome to ensure more Americans have Internet access, which should ultimately become free.

Almost half of the US states make the establishment of municipal broadband illegal. It means that to make a meaningful change, the existing legal frameworks have to be changed. Fortunately, there are grassroots organizations arguing on behalf of turning the Internet into a utility that can be managed by municipalities. However, I think that with municipal budgets constantly tightening, the cities will not be able to address the issue on their own. Instead, we are in a bad need of federal involvement. Unfortunately, it remains marginal and underwhelming.

Although the U.S. Department of Agriculture has offered considerable loans meant to make a dent in the problem of rural connectivity, the bill has been rejected by the Senate. It's worth mentioning that the Senate is controlled by Republicans who don't have a political will to enact this change.

Another obstacle to the expanded broadband access is the way a recently created FCC Rural Digital Opportunity fund is distributed. Currently, the service providers count their customers per census block, which is inherently flawed data. Linda Poon reports for Bloomberg that according to the FCC's latest estimation, 93.7 percent of Americans are connected to the Internet. The agency's estimation leaves only 21.3 million Americans without a broadband connection. In actuality, 42 million Americans live in areas with broadband (Poon, 2020). The disparity between the estimated and real figures underscores the fact that the FCC is unable to evaluate the degree of the problem, much less address it. 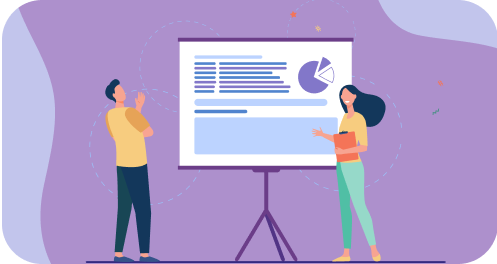 6 Rules of Becoming a PowerPoint Legend in College and Beyond

Where the Campus Grass is Greener for American Students?

6 Rules of Becoming a PowerPoint Legend in College and Beyond

Where the Campus Grass is Greener for American Students?